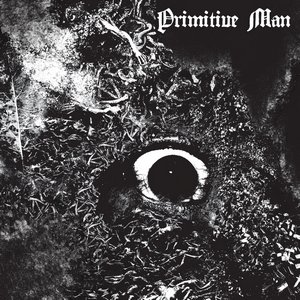 As the auteurs of abrasive and confrontational doom metal, Immersion couldn’t have come at a more appropriate year. Primitive Man has always sang about how fucked up this world is, and when frontman and lone guitarist Ethan Lee McCarthy screams about his disgust and pain, he makes you feel it like he does. The music that Ethan, Jonathan Campos (bass) and Joe Linden (drums) conjure are some of the most dreadful, caustic noise-ridden songs ever laid to tape, and with third LP Immersion, the trio from hell only managed to get more vitriolic and vile.

Opening up with “The Lifer”, a trudging track about the curse of being a creative person on the road, the band lurches forward with their trademark alkaline riffs, murderous low end gloom axe vibrations, and seismic drumming. These are trademarks of Primitive Man, so it doesn’t come off as a surprise at this point, but what makes them unique is that no one else comes close to their degree of hellish intensity. They even manage to top themselves with every release, just go back to “Scorn” and you’ll realize how soft and tame it is compared to the succeeding LPs.

For Immersion, PM cut off a lot of noise interludes but this in no way whatsoever detracts from the overall assault and power of these songs. “Entity” starts with a single note riff and sparse drumming as if to prepare the listen for the brutality that is coming up. Primitive Man albums always gives the feeling of being bludgeoned to a bloody pulp but instead of seeking revenge, one feels gratitude for such an experience, audio annihilation at its finest. Third track “Menacing” crashes out the gate with a blast beat to skullfuck you repeatedly but quickly shifts gears to slow and low mode. The accompanying video featuring a disgruntled retail employee enacting poetic justice on an abusive employer really sums up the core experience of listening to Primitive Man: death sludge touching on the real hell (our planet) of our every day lives and it’s demons (abusive, opportunistic, evil people) which makes it scarier than any fantasy about Satan and monsters because we live in it, we thrive at times, while many others fall prey to the talons of death and despondence.

Lone noise interlude “∞” gives you a breather, if you’re into harsh noise as relaxation. “Foul” drives the despair home with more horrid screaming and glacial guitar playing that envelops the listener much like Shelob wrapping a lost soul with her web for her Consumption, incidentally the title of the last track. It’s the slow and steady march to gallows, the final realization that your life will never be unfucked, in song form.

2020 is grim as hell right now, but Primitive Man has provided us with the perfect soundtrack to the real-time end of the world, and somehow it makes everything seem better, if only for a while.