Though it’s March, we here in central California (my area, anyway) is again enjoying another streak of Indian summer. It’s all the more fitting then that a release that fits so well with the idea of an (almost) feel-good summer release has found its way here. Hailing from the UK and something of an amalgamation of working pieces from the last 15 years of indie-heavy indulgences, Polar has put something sticky and colossal.

Trying to pin-point the exact source of many of the influences that run throughout Shadowed By Vultures is difficult as it relies on hazy memories of my own of music heard only by consequence of location, not through actual listening, but it’s all here: big hooks, big-choruses, gang vocals deluxe. Stopping in on “Black Days” embodies all of these in its drive and poise. Single “Mountain Throne” is another embodiment of these qualities but notably built with the intention of inciting live-crowds to the point of riots (it’s fun though). “Paradise” is a pretty instrumental that comes as a late respite in what is otherwise a 35 minute tornado of soaring on the wings of awesomeness (yes, it has been said).

Shadowed By Vultures will change no games or alter any lives any this world, at least I doubt it. What it is, however, is a fantastic time that can easily take up part of an intensive gym session or a short drive and as such only adds to its appeal. Elitists may balk at the idea of legions of youth with fists in the air and getting weepy all over one another, but they can suck it, for growth in all ways requires coming to accept things for what they are and what they are not. Polar understands this concept and has put together an exquisitely fun album that knows what it is and attempts nothing else. The definitive March feel-good-hit-of-the-summer. 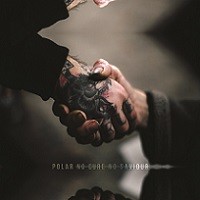 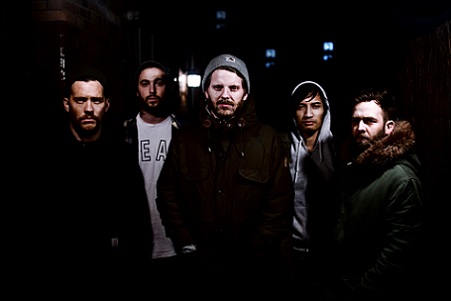