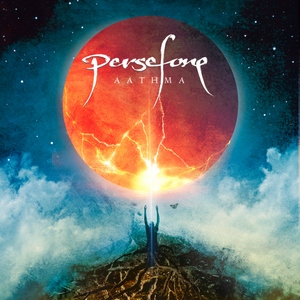 While some bands crank out new content every year or two like clockwork, other bands go at their own pace. It’s a strategy that requires payoff each time, since it’s an extended wait for each new release, but that’s something that Persefone has been excelling at with each new album taking a three to four year period to release. Their latest, Aathma, serves itself up to be the band’s strongest release to date.

Following up the excellent Spiritual Migration, Aathma see Persefone continue to expand its arsenal without compromise. Aathma is an album that is truly epic in scope. There’s pieces of melodic death metal, progressive metal, thrash, and some slight technical infusions all brought in to design a continuous and flowing experience that challenges the listener, but not to the point where there’s chaos and incoherence. In other words, despite the highly progressive nature of the album, it still comes across as being accessible. Part of this is due to the balance of more intricate material with sections of sweeping beauty. Intricate thrashing and heavy riffs play their part throughout the album, as first introduced in “Prison Skin,” that will keep you energized (see also “Stillness is Timeless”) but it’s not all the band can muster. They are able to easily transition from more complex riffing directly into more melodic and atmospheric moments on the drop of a hat, and after repeated listens, these are the areas that the band truly shines.

There are a number of instrumentals that space out the album, including the first two tracks, which set a more ethereal tone. There’s an almost floaty and dreamy feeling that permeates at times, and it does well to counter the heavier side of the band. Of course, the culminating moment of the album is the 4-part, 20-minute title track, which infuses everything the band has already presented, from dreamy landscapes with clean vocals to punchy progressive riffing, and turns it up to 11. The final piece, “Many of One,” has such a build-up to it by that point that Merethe Soltvedt’s guest clean vocals and soaring keys hit a perfect emotional payoff to bring the album to a close.

A four year wait pays off its dividends with Aathma, an album that sets the bar for the melodic death and progressive quarters for the year to come. A striking contrast between beautiful and brazen riffs is as strong as they come, with symphonic tones serving to elevate the band to the next level. An album that many will still be talking about come year’s end.