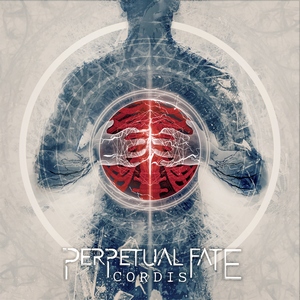 Reaching off a hitting some high marks on a debut full-length isn’t something that is going to come naturally.  Italy’s Perpetual Fate have been laying their own groundwork since 2015 with a single and and EP, alongside some line-up solidification prior to Cordis and it shows in the end result.  While Cordis falls in line with the modern metal quadrant, it has a few surprises up its sleeve to keep you interested.

A few different things come together for Perpetual Fate to give them more lasting power than the usual band of this variety.  For one, the musicianship has a number of guitar melodies that tend to bring you further into the music.  These aren’t your standard 3-4 minute cuts that only satisfy at the surface level, but contain strong leads and subtle injections that you are bound to pick up more on with each listen.  Admittedly, vocalist Maria Grazia Zancopè will win over many upon the first playthrough with her often uniquely styled vocal lines and range on songs like “A Word Between You and Me,” “Smothered” and “Cannibal” (the latter being real showstopper) and absolutely takes the songs to a new level, but the band has more to them than a powerful singer.  8-minute cut “Eternal Destiny” is the clear example here, with extended time to lay a more extensive structure on soloing and atmosphere, which the band is clearly more than capable of.

Cordis lovely weaves between more modern trimmings, such as electronic usage, with a straight-ahead rock and metal approach.  At almost an hour in length, the time is always a pleasurable one due to the powerful arrangements where each instrument (yes, even bass) gets a shot to showcase what they can do, championed by some charismatic vocals to cap the whole thing off.  Perpetual Fate are bound for greater success based on this early offering.