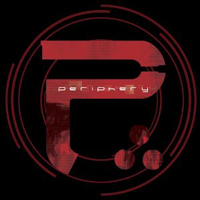 An entire scene holds its collective breath, present and future fortunes hinging upon the aspirations of and the public response to this sophomore release by ‘djent’ progenitors Periphery. Two years removed from the release of Periphery and home to a very different world over-saturated with bands who followed in its wake, Periphery II: This Time It’s Personal stands to set the tone and pace for this fledgling movement for the foreseeable future. Periphery II showcases a band red-hot in their intention, focus, and most importantly, execution – and more often than not, it fucking kills.

Numerous controversies surround the band in relation to the ‘old guard’ metal community, and often times singer Spencer Sotelo stood as the heart of these issues. Ever a source of division, his harsh work was either considered too weak, his clean work too whiny (this one I never understood), or his presence simply grafted onto many of the songs, an afterthought of sorts. No doubt the result of growth from almost constant touring, the improvements to both his harsh and clean vocals are enormous and pronounced. When taking into consideration his presence in the songwriting process from the get-go, it isn’t surprising to find his presence dominant across almost every song, bouncing schizophrenically in “Facepalm Mute” or espousing surprisingly warm vibes in “Ji.”

First half staples “Scarlet” and “Facepalm Mute,” each carrying absolutely soaring choruses in addition to the usual espousing of technical complexity. While the concept of ‘accessibility’ usually induces a wave of fan backlash beneath cries of selling out, the songs on display here aren’t anything dissimilar from that which the band has done before, they’re just operating on a level hereto unseen. Unlike a particularly heinous recent case (Whitechapel, in case you haven’t been paying attention) the use of three guitarists is a core and justifiable facet of the band’s sound, all three often playing different but interlocking portions of the overall result. Wizardry across the board, whether in house through Misha “Bulb” Mansoor or Jake Bowen’s execution of solos or the album’s guest spots, featuring no less than Dream Theater’s John Petrucci (he isn’t the only guest, but he’s absolutely fantastic on “Erised”).

The band’s work ethic since its inception has been relentless and it shows. Lead single “MAKE TOTAL DESTROY” encapsulates all that is fierce and sublime in the band’s sound and its razor-sharp focus on the deconstruction of the melody/ferocity dichotomy, all distilled into four-and-a-half minutes. The electronic moments so prevalent on the debut remain so here, somewhat more reserved in their use, serving as interludes between or background within songs, though solitary “Epoch” is entirely electronic.

Burly at 14 tracks and 69 minutes, the progressive nature of the band and the songs they produce not only requires a higher than usual level of investment from the listener, but it rewards it in kind. Periphery, if nothing else, is a collective macrocosm of intercourse between countless contemporary subcultures, and this comes out within the music and most especially in how the band reacts with its fan-base. In turn, however, all the enormity of influence the band draws from distills a particularly dense and at times downright magical sound, especially on the more open-ended second half of the album. The pressure was on from all sides for Periphery and with Periphery II, they’ve done more than answer the call, they’ve once again set the pace the rest of the industry will have to match.