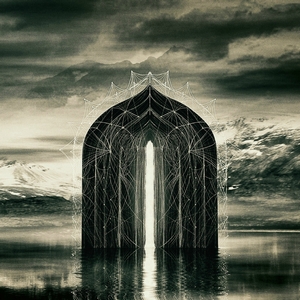 There is zero question that the now legendary Norwegian black metal band Emperor has left their indelible mark on the annals of black metal history. They took the bestial rage and tempered it into something more refined and created the blue print for largely what is to be current day atmospheric black metal. The medieval style riffs under played with gothic synth under tones while still keeping a razors edge when it came time to up the aggression. I bring this up because as soon as I dove into Penitence Onirique’s latest album, V.I.T.R.I.O.L, visions of In the Nightside Eclipse and Anthems to the Welkin at Dusk resurfaced.

As an artist, it can be frustrating to be compared to other prior acts, but in Penitence Onirique’s case, I mean it in the best of ways. With V.I.T.R.I.O.L they combine equal parts of haughty neoclassical atmosphere with menacing guitar riffs, high ranged screams and existential synth work which brings together the music of V.I.T.R.I.O.L to give it a very cohesive feel and under played darkness most bands of this style usually miss.

Penitence Onirique aren’t terribly brutal as far as out right speed and blast beats are concerned, but they focus more on creating a lumbering, yet almost soothing noir, that intrigues one to give V.I.T.R.I.O.L multiple listens. Opener “L’ame sur les paves” is a great example of what is in store for the listener, with its foundation of orthodox staccato black metal riffs giving way to over laying subtle guitar harmonies that open up the song into other realms of creativity that captivate and demand your attention. This album is best enjoyed on head phones, as there are is so much going on to be enjoyed in this albums production that a more intimate experience is defiantly recommended.

After giving this album a few listens I have to say that I think it’s best enjoyed start to finish as it feels like Penitence Onirique have created a linear flow with V.I.T.R.I.O.L that is almost story like in its execution. A true surprise in every way and not to be missed.