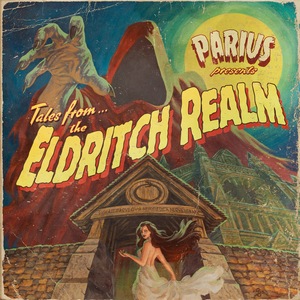 Admittedly, when seeing the flashy cover art (with a sense of pulpiness to it) and hearing the initial old school horror feel that accompanied it, there were a few seconds where it felt that perhaps the band maybe went too far this time. After some excellent groundwork (a previous album and EP to their credit), they decided to take a leap. But in the end, The Eldritch Realm sees Parius as an act willing to continue their evolution and come out on top.

Once the opening introduction ends, the band is basically up to their old tricks (aside from a pretty cool Twilight Zone-esque intro and exit). But that’s not entirely true. It’s clear in listening to the band’s melodic with a side of tech death metal that they have continued to expand and refine their approach. There’s a big personality threatening to come out, and Parius seem more capable of showing it off to the world. The increased synths (and slightly proggier senses), the confident clean vocals that start to introduce themselves at “Eldritch,” and the glowing melodies all work as some necessary ammo to differentiate the band from more tech-forward folk. That’s not a bad thing in the least, as there’s a strange level of catchiness to the material, considering the strong tech backbone that you can still dig through and dissect with future listens. The melodies are often inviting and focus on providing an eerie flavor (see “Between Hell and I”), and the atmosphere occasionally has a trippy vibe to it. There’s a Black Dahlia meets Between the Buried and Me feel to some of the tracks (“Crashing Black Moon”) that is easily worth the price of admission.

The Eldritch Realm shows that Parius are fully capable of stepping up their game and going outside the box to get things done. It seems to tease an even greater sense of individuality going forward, which makes for an exciting act to get behind going forward. 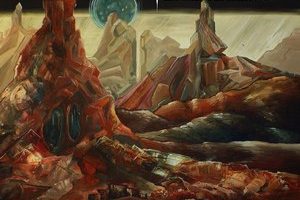 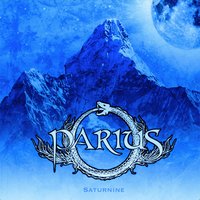