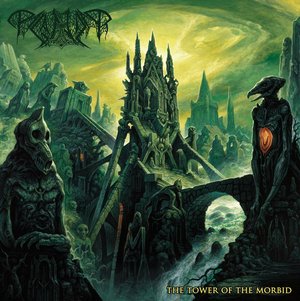 You know what they say, “too much Rogga, not enough time.” Well, maybe not everyone says it, but there’s no doubt that there’s plenty of Rogga Johansson material for those who are hankering for their daily fix of HM-2 madness. Paganizer, of course, is one of his mainstays in this area with The Tower of the Morbid being his 11th album with this act alone (who knows how many albums the man has released overall). As expected, Paganizer’s latest sounds very much like Paganizer – but that’s not a bad thing.

The usual components are at work within the Paganizer formula, to probably no one’s surprise. The Tower of the Morbid is yet another foray into the HM-2 encrusted shrine of old school Swedish death metal worship, full of hearty crunching guitars and menacing roars. The tracks bring about the variety that one thirsts for in this subgenre, with some rolling grooves and mid-tempo riffing being one of the mainstays (as it allows the melodic undercurrent to be captured at its best), with some occasional upticks or slowdowns as called for by the particular track at hand. It’s all in good fun, something that more people within the Swedeath worshipping scene should take part it, and despite the undeniable heaviness that steamrolls the album, the riffs are as catchy as can be (see “Beneath the Gauze” or “Apocalypse Writings” for proof).

There’s not a single surprise to be found on the whole of The Tower of the Morbid, but we wouldn’t have it any other way. Paganizer (and Johansson) are so well-versed in this particular style of music that they can bring it through on sheer riffage alone. Given that it’s also going to be appealing to that particular niche audience, is there really anyone that can do this with more fun and genuine gusto than Rogga? 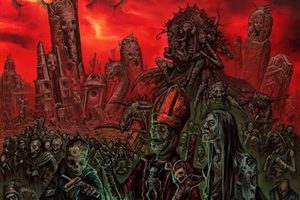