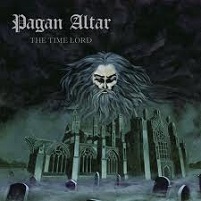 “Treasure hunting prowess” indeed. Such is the claim Shadow Kingdom Records makes in the bio for Pagan Altar’s The Time Lord and typically, such record company claims has as many holes as Swiss cheese, but give head label dude Tim McGrogan some credit – he knows where to find quality classic metal. Pulling from recordings going as far back as 1978, The Time Lord is a successful trip down NWOBHM memory lane, just as the scene was butting heads with punk and some band named Iron Maiden was getting started.

The British metal sound at that time was led by Judas Priest and one can see some parallels between Pagan Altar and Priest albums such as Sad Wings of Destiny and Stained Class. The prevailing sonic straight line goes to Stained Class, though, as the guitars of Les Moody and Alan Jones have the same ping as the Tipton/Downing tandem, resulting in some metallically jangly moments on the title track as well as “Judgment of the Dead.” Singer Terry Jones is the main divider, as his bluesy, ballsy voice bore barely a metal sheen; perhaps better suited for more Deep Purple-like tinkerings, but no less eerie on “The Black Mass.”

Miraculously, Pagan Altar is still functioning well after 30 years of being in the game, primarily because of their appeal in the classic metal subgenre. The necessary spick and shine of late 70’s metal is the ultimate selling point for The Time Lord, meaning that proto metalheads have probably already been long on the band’s trail. If they haven’t been, then Shadow Kingdom has served Pagan Altar up on a golden platter. 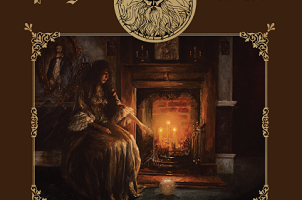