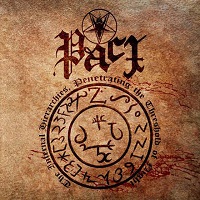 Fresh from the hellish crypts of the underground, here’s some raw as a blood-sacrifice Satanic black metal quite close to the very best. Pennsylvania’s Pact are a trinity of evil geniuses. They’re among the occultists dwelling in the dark, disciples of the devil, and worshippers of the great goat; indeed, they stand for traditional black metal. In addition, they present topics never (or at least not often) touched upon by other bands, as in song themes and lyrics. Their second record is called The Infernal Hierarchies, Penetrating the Threshold of Night, and its lengthy title actually looks really good on the album cover. Throughout these 45+ minutes,Pact take on the odd side of Satan and introduce us to some strange demons.

“Baal-Zebub Lord of the Flies” – about time someone else capped on this, and thank Ba’al-Zebub they spelled the name right! What we know as Beelzebub is an age-old pun created for the exalted lord-god of Ekron, Ba’al-Zebul a.k.a Ba’al-Zebub, prince of demons and lord of flies! This song essentially uncovers his story. Naturally, “Baal-Zebub…” starts off with the nasty stinging, buzzing sound of swarming flies. Though the flies dissipate, the music swarms in rhythm and doesn’t die down the slightest bit until the very end. Another notable track, “Firelord Adramelech,” is an epic doomy masterpiece, to say the least. Wretch rages on the guitar/bass like scalding fire, T slaughters the drums in demonic madness, and Hag thunders his voice with omnipotent ferocity. The title of the song speaks for itself, as do many of the songs, all witty and attention-grabbing with musical animation to match. From flies summoned by “Baal-Zebub” to classic haunting howls of wolf-like creatures in “The Howling of Gamchicoth,” every song evokes vivid imagery that paints its own story.

There’s always room in the scene for musicians with refashioned old-fashioned mindsets like Pact’s, and their wicked claws ought to snatch up anyone who loves black metal and admires the traditions of the genre. Pact aren’t just a remarkable USBM band, they’re a good omen that the underground Satanic black metal scene is alive and rising. 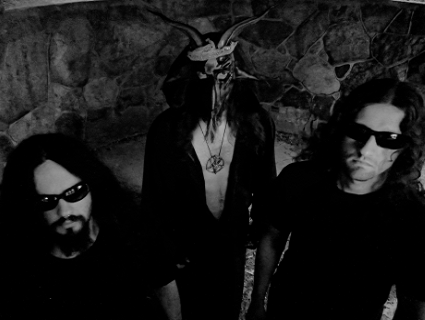