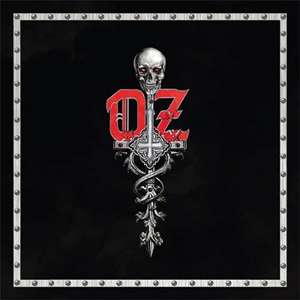 An appropriate album title for Finnish heavy metal artists Oz – as cancer struck many family members of the band after coming home from a triumphant US tour in 2013, putting the older lineup to rest. Founding drummer Mark Ruffneck moves forward though, assembling a hungry young roster that builds the quintet back on solid ground for the seventh album Transition State. Questions will lurk regarding old Oz versus new – or even if Mark should have just put the name to rest and started anew with a fresh moniker – but in the end, these ten songs in the main (thirteen if we include the bonus material) shouldn’t tarnish the legacy they’ve established through Fire in the Brain during the early 80’s.

This is straightforward heavy metal – sitting comfortably between the British and German brigade as far as riffing, tempos, and catchy melodies/ choruses. The twin guitar spots from Johnny Cross and Juzzy Kangas will fire up those axe aficionados, especially evident on the mid-tempo “Drag You to Hell” where right from the start through the instrumental break the duo light their fretboard action with Iron Maiden/Helloween activities. The 4/4 style tempos with riffs chugging along in groove-like steel steed hammer home the band’s old school roots, as “Restless” and “The Witch” maximize those fist waving, head swinging moments for the record. Bassist Peppy Pelota gives Oz that steady supplementation of fundamentals that keeps the low end on point, most evident on the Accept-like “Never Close Your Eyes”.

Where long-time Oz maniacs may be split in Transition State is the obvious singer slot shift for Vince Kojvula. It’s not that he can’t hit piercing screams (the closing sustained scream for “Demonized” providing positive proof beyond the opening segment of the follow up “We’ll Never Die”), but there’s just something non-descript regarding his normal lower/mid-range register that makes him a serviceable metal singer. In other words, he’s no Ape DeMartini, so the climb may be a touch harder than expected for this change in the Oz camp – but he’ll probably win over a decent share of people in the end. Go into Transition State with the understanding that Oz 2017 is not the Oz completely of old – and you’ll probably find this record providing a decent number of solid tracks. 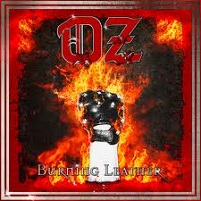