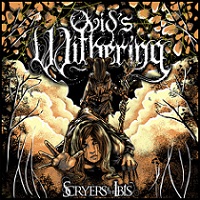 While the deathcore subgenre is one littered with copycats and bandwagon jumpers, occasionally there is a diamond within the rough to be discovered.  Earlier this year, Fit For An Autopsy’s Hellbound appeared to be this year’s gem, but the recently released Scryers of the Ibis will now clamor for your vote.

Combining the epic, symphonic presence of bands such as Dimmu Borgir or Fleshgod Apocalypse, some djenty Meshuggah-esque rhythms, the melodies of Opeth and other like-minded Swedes, as well as the straight-forward pummeling of deathcore chugging and the occasional bass drop, Scryers of the Ibis is a diverse and refreshing listen that shows that some bands are able to add up to more than the sum of their parts.  At 72 minutes, it’s also a very lengthy adventure with many songs running well past the six-minute mark.  Thankfully, the album’s seamless shifts through subgenres (and avoiding a number of clichés) will keep listeners on their toes, with a surprising lack of deja vu riffing considering the wealth of material to consume in a single listen.

Let’s take a journey through one of the album’s highlights, “Murder to Dissect,” to see how some of these shifts occur.  The beginning of the almost 8-minute track opens with a slow atmospheric building with some orchestration before moving into a driving death metal riff, rendering the synths to the background.  In fact, the band’s ability to know when to ratchet up/down the orchestration is impressive.  There are a few moments of almost Opeth-like melody (sans clean vocals) before the hard-hitting, chug-ridden chorus moves in.  Vocalist Shiv’s punishing yet catchy roars are the highlight of the chorus, alongside a suitably crunchy, headbang-friendly riff.  The song closes with a more floating melodic lead that softly drifts into the synths and piano to finish it off.  Listeners would do well to check out the equally impressive epic jaunts of “The Reckoning. The Summoning. The Purge” and “Oedipus Complex” if further evidence is required.

Scryers of the Ibis is an impressive feat for a debut album.  The band’s ability to reach outside the confines of the limited tech-death genre provides its biggest strengths and lasting power.  While one’s tolerance for djent riffing and occasional breakdowns will be the deciding factor for many, the sprawling ambition and scope displayed here should be checked out at least once.