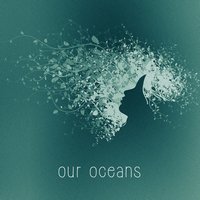 If one imagines the combination of putting together members of Dodecahedron and Exivious, along with some ex-Cynic guys, chances are Our Oceans wouldn’t be your first logical guess. Yet, there’s still something about it that does make perfect sense when you hear it. Our Oceans is not an album that will please everyone (in the metal community at least), but it’s a creative risk that many will find rewarding.

First things first for those who haven’t heard about the band – this isn’t metal in the least. Despite the extreme metal pedigree, Our Oceans is much more “chill.” Progressive, jazzy, and dreamy are the first three words that come to mind. Writing about this album first thing in the morning seems the best way to enjoy it – this is soothing music to wake up to. The closest sonic comparison comes from the Cynic side of things, but a much more mellow version. Clean guitars, bouncy and playful bass, and some soaring vocal melodies are some of the things you can look forward to from start to finish with Our Oceans. Just because the music is less heavy, doesn’t make it any less complex either. There’s a lot going on below the accessible surface to bring one back for return listens – be it a subtle melody or bass line. The vocals are exquisitely done and lead the album the way they should, but there’s been a lot of attention paid to the lush, backing instrumentation (as one would expect, given the members involved).

If you are looking for an album to fit those moods where heavy riffs and screaming isn’t going to cut it, Our Oceans is a sound investment. A nice palette cleanser, and an album full of dreamy wonder and beauty. Not words that we get to use with metal albums, but an appropriate fit for this piece. Thoroughly captivating.