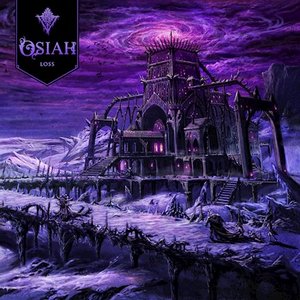 Osiah laid some pretty solid groundwork with their second album, Kingdom of Lies, back in 2019. It fell into some deathcore clichés, but the overall strengths of it pushed the album above many in the genre alongside their willingness to incorporate some other elements into the mix. Loss sees them continue to improve in this regard, further augmenting their promise as an act that is heavy as nails but never boring.

Yes, there are some massive breakdowns across Loss. It’s the name of the game for the genre, but Osiah does a great job at making them feel effective and special. There’s genuine build-up on a song like “Paracusia” before it unleashes a destructive one in the middle of the track. There’s lots of groove beforehand, some strikingly catchy melodies, and some noticeable dynamics at play. A stark contrast compared to a number of acts that rely on the breakdown to give them the momentum to go forward. The band then feeds into that rumbling breakdown and makes it do some work, switching up the tempo again before returning it to close out the track. They also capture a sense of urgency well when they want to speed forward (such as the opening to “Terracide Compulsion”), and such moments not only aid in the dynamic, but give the band a more brutal death type of vibe that could allow for a stronger sense of appeal with older genre fans. It is a longer album at almost 50-minutes, which is something yours truly loves to harp on a times, but one of the most telling things about this album is that it avoids turning the whole thing into a big, brutal blur because of the varied elements mentioned, and that’s biggest praise that can be tossed towards the band in that area.

Modern death metal that delivers a pile of brutality, interesting melodies and atmosphere, and flings in some devastating breakdowns, Osiah have really upped their game for Loss. An underdog act that deserves some more eyes/ears in their general direction. 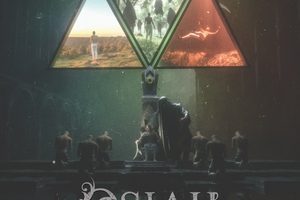