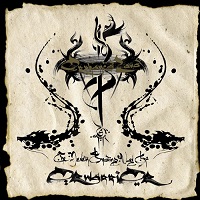 Following up the triumph that was 2004’s Mabool, Israel’s Orphaned Land have taken their good ‘ole time in releasing The Never Ending Way of ORWarriOR. Granted, there must be about a thousand obstacles for a band like Orphaned Land considering the part of the world in which they reside, but credit them with this: they remain one of the few bands

A concept album about the proverbial battle between light and dark, The Never Ending Way of ORWarriOR is broken up into three parts, which gives it that authentic concept album feel. Not like it really needed it anyway, but the band makes full use of the “album” concept. Who does that these days?

Kobi Farhi’s sweet, gentle vocals, Orphaned Land display a keen sense of dynamics and soothing atmospheres (aided by various ethnic instruments) on “The Path Part 1 – Treading Through Darkness” and “From Broken Vessels.” There’s not as much metallic force here as there was onMabool, yet the band keeps pace with the prog-metal infused “Bereftin the Abyss” and “Disciples of the Sacred Oath II,” while some nifty twin guitar

Acoustic numbers like “New Jerusalem” offer a respite from the multi-cultural swirl presented, but make no mistake – this is very much a hallmark Orphaned Land album, stocked with expansive experimentation and the staunch desire to blend the sounds of their homeland with the metal they so cherish. It’s awfully gratifying to hear, and is one of the first salvos of the new year that must be heard.