Orphaned Land – All is One (Century Media) 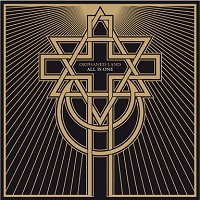 Lots of love for Orphaned Land, probably because they give so much of it out. If there was a Nobel Peace Prize to be doled out in the metal sector, these guys would win by a mile, for their message of peace and understanding against the backdrop of war-torn Israel can only come from first-hand experience. Thus, their sincerity and originality shines once again on their fifth album, All is One.

To avoid the standard cliché that Orphaned Land is unlike “anything you’ve ever heard” would be wrong, for once – their brand is Israeli metal is as unique as they come, blending the peel of classic metal, with symphonic bends and instrumentation native to their homeland. The way the band blends it all is seamless – you don’t feel boxed-in by the variety of sounds thrown your way; most of it glides effortless across the plain, while Kobi Farhi’s caressing vocals help convey a message that is equally as important as the music.

The opening title track should emerge as one of the band’s best songs to date, possibly eclipsing “Ocean Land” from 2004’s Mabool. With big, illustrious choirs doing the backing, the song could have the kind of inspirational effect that the band is going for, with the line of “Who cares if you’re a Muslim or Jew?” resounding heavily. From there, the exotic flair of “The Simple Man” has instant pull, as does “Let the Truce Be Known,” a sprawling number with dominant keyboards.

The drama only heightens as All is One wears on, with “Freedom” and the magnificent “Our Own Messiah” showcasing the band’s ability to create urgent tunes with a graceful touch, especially “Our Own Messiah.” It’s the kind of material that Orphaned Land has come to perfect, reminding that they are an entity onto themselves, and a rare band whose music and words can have severe impact in an area desperately in need of some good vibes.