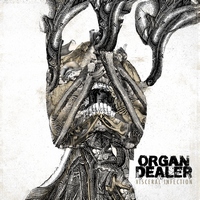 It seems more grind is resurfacing as of late, and thankfully these new bands seem to be taking in on its strengths and not its shortcomings. New Jersey’s Organ Dealer is the latest new arrival to check into hyperspeed grind madness and prescribe a helping of punk attitude to push things even further into the frantic zone.

One would never guess that Organ Dealer only has a short demo under their belts based upon their song construction. The 12 songs that make up Visceral Infection are appropriately named, and dip in and out with surgical precision. Organ Dealer’s vision of grind entails the traditional frenzied speed and blasting, but it’s not without a certain charm to it. The odd little chord progression in “Pyrophilia,” the snarling groove of “Intro” (yes, an intro that’s not only as long as a song, but just as effective), the devastating and huge ending of “Festering Maze,” and mid-tempo stomping of “The Pear of Anguish” are just a few of the little quirks and oddities that will keep you coming back for more. The entire The vocals mostly avoid the low, guttural range that has a tendency to turn things into a snore-fest, instead utilizing some larynx-damaging shouts and screams to more effectively channel the demon within.

Visceral Infection is a strong introduction from a band that hopefully we’ll hear more of as they blow the sound speakers from town to town. The massive wall of sound approach they use gives the music some extra ammo for damage-dealing, and rare is it to find a grind unit that feels as massive as they are crazed. 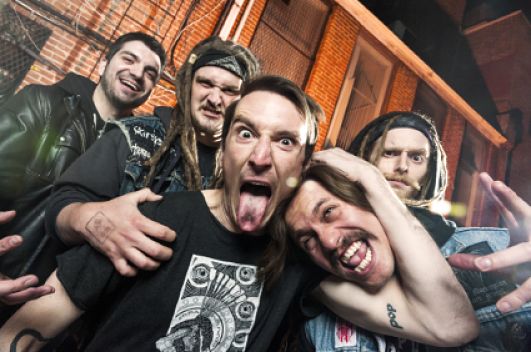 Jeffrey Knoblauch of Organ Dealer: What I’m Listening To