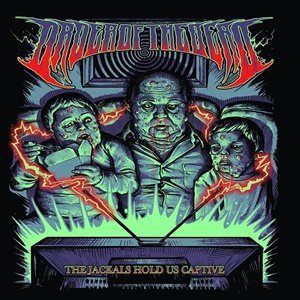 It’s inevitable that bands run their course due to creative differences or life priorities – so it’s cool to see Order of the Dead put a cap on their decade long career with this final full-length in The Jackals Hold Us Captive. You’ll get eight songs developed over three years in three different studios, so it’s easy to be aware of the difference in production quality throughout as some material has more of a raw, in your face appeal while other material has a bit more power and polish to the proceedings. This Western New York outfit excel at propelling their songwriting with proper versatility, as they can cross death/thrash platforms seamlessly while injecting the right amount of catchiness and hook mechanisms to not lose cohesiveness.

Opener “Into Nothing” for instance contains subtle In Flames-ish guitar refrains that segue into heads down tremolo picking/blast beats as Bill Lander summons the depths of his low growls vocally – giving the listener an almost seven-minute arrangement that fuses the best of US aggression with European sophistication. When the band choose to level riffs into a mid-tempo march, such as the mid-section for “A Black Curse Comes”, people will be hard pressed not to tear limbs apart and go savage in the pit, as guitarist Jody Roberts delivers a remarkable, jazz-infused lead break that contains equal taste and sophistication. The brutality that bursts forth in the kick/snare assault against the darker twisted guitar action for “Firehorse” makes this a favorite, taking the best of Testament circa Demonic and channeling a bit of older Morbid Angel/Monstrosity in for great measure – Bill again using rhythmic measures to draw out certain screams and growls for added intensity, the subtle bass break another dynamic nuance to the good. Add in lyrical content that can tackle Rangar the Viking Warrior for “Pit of Snakes” and then personal suffering, torment, and anguish in “Reaggravate” and you know that Order of the Dead will match the musical proceedings with proper ideas that are equally enticing and not ‘horror/gore’ fodder.

It’s great to hear this final material gain attention – Order of the Dead meld very adequately the power and precision of early 90’s thrash/death with a bit of that modern technical know-how that younger acts push forth, making The Jackals Hold Us Captive heavy and appealing to multiple generations of the underground. 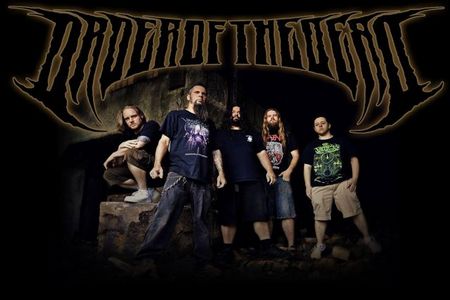 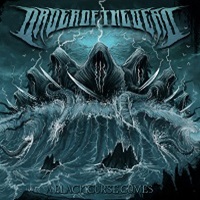