Oracle – Into the Unknown (Rain Without End) 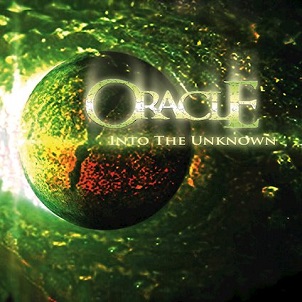 Lest we ever underestimate the pliability of underground metal and its resident acts, here is Alabama-based Oracle, a decidedly Scandinavian-sounding melodic death/black metal band. Sure, there is no “Alabama sound” (to our knowledge, unless when referring to the country band Alabama), but the band’s rather crisp, crystalline and professional presentation was enough for German Naturmacht Productions’ sub-label Rain Without End to take notice and subsequently give Into the Unknown (their second full-length) a label release after the band issued it independently last year.

Dead center for the brief, fleeting Americanized symphonic black metal movement that tried to take shape roughly a decade ago, Oracle benefit largely from the aforementioned production job, which sounds like something the in-demand Fredrik Nordstrom (Dimmu Borgir, In Flames, et al) would provide. And, thankfully, the thing isn’t brick-walled. Nevertheless, Oracle is long on execution and ideas, effortlessly jousting between melodic death metal stabs, climatic black metal movements and over-the-top black metal, of which comes to the fore on “Liquid Answer,” which may or may not have punched-in double-bass drumming. (Few dudes can play that fast.)

As the Arch Enemy-like title track rolls through like its 2005, the throttling and thrash-oriented “1012” runs a Bleeding Through (of all bands) gamut, while “Drafted” emerges as the album’s most engaging cut, a number no doubt inspired by the difficult spot young men and women are put into when selected to serve in the army, pitted against a Hypocrisy-esque groove. Alas, a reprieve from the sonic battering comes via the instrumental “A Breathless October.”

We tend to levy the word “onslaught” like it’s a good thing, but in the case of Oracle, they’re a bit too much of one in several spectrums. Into the Unknown shows Oracle is the proverbial jack of all trades but master of none, shuttling us back to a time when it appeared black metal and modern American metal weren’t such strange bedfellows.