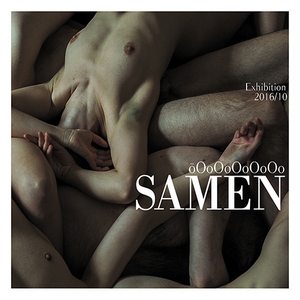 There’s nothing about öOoOoOoOoOo that seems conventional. Translated to Chenille, or Caterpillar in English, öOoOoOoOoOo’s debut album makes most avant-garde albums seem somewhat normal in comparison. Yet despite the overt sense of strange, weird directions that occur through each track in Samen, there’s also something equally compelling that drives you forward – even if it’s to see what direction that they could possibly take next.

An album that requires such a broad stroke to describe, it fits the cliché of having to really hear it for yourself. There’s a balance of distinct, abrasive heaviness that is countered by soft, poppy choruses and one single track can move between blast-beats, a radio-friendly chorus, opera, R&B, jazz, industrial, and beyond. It seems there must be some irony with the first track, entitled “Rules of the Show,” with the song’s uplifting and inviting tone that gives way to guttural vocals and chilling death metal infused madness and the band’s persistent challenge towards defying a conventional approach. Later on, “Chairleg Thesis” embodies a more eerie version of Evanescence before a section of bouncy industrial beats and shouted vocals steer things into a different direction. Later on, blastbeats, growls, and some quieter moments that channel a bit of Devin Townsend’s twisted eccentricity round out the song into quite the fireball of an approach. Vocalist Asphodel has a commanding presence and comes across as somewhat of the star, being able to bounce around from hyper-melodic tones to more extreme sounds at the drop of a dime – always suiting the frequently changing background behind her.

With the near-constant shifts in tone and the stunning variety of influences and sounds, the biggest compliment is that Samen continues to be engrossing and intriguing. It never feels like a scrambled mess, which an album like this could easily be. Of course, some could listen to öOoOoOoOoOo and easily not “get it,” but for those looking outside of the traditional schematic, Samen is an album of eccentric beauty (and the occasional beast). Sometimes crazed, sometimes ethereal, but always memorable – an album not easily forgotten.