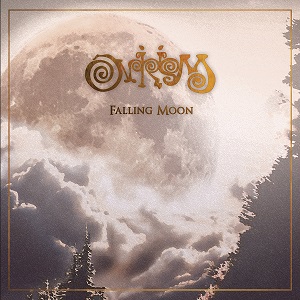 The creation of a gentleman by the name of Antoine Guibert, who goes by the stage name Vrath, Onirism is a celestial black metal outfit, leaning — as expected — on symphonic elements. Formed in 2014, Vrath has kept himself rather busy, having released his Cosmic Dream debut in 2016, which was followed up by two EPs and a split and now Falling Moon, the band’s first for emerging German independent Naturmacht.

There is no sense in a symphonic black metal band portraying themselves as such without above-average synth work. To his credit, Vrath is a rather capable synth-handler (or player; we thought “handler” was more fun to say), usually dousing his songs with the light, spectral sounds that at first blush, recall Stormblast-era Dimmu Borgir. Therefore, the movements he creates on “See the End of the Worlds” are of instant enjoyment; beaming light throughout the cosmos until a blinding, triumphant melodic riff enters the fray around the 4:06 mark.

Subsequent whirls of BM harshness move in on “Under the Stars,” where Vrath lays out some piercing melodies and blasting, which, helps work with some of the album’s more keyboard-inclined moments. While the somewhat brash “I’m Dying Again” (look out for some pompous synths) and menacing “When Titans Awakes” bring forth the type of bombast that cult black metallers always look past, it’s exactly where Onirism proves its worth as a cinematic, strafing outfit. In turn, Falling Moon moves right into the thick corridor of where symphonic black metal almost becomes overblown, only for its ethos to pull it back. 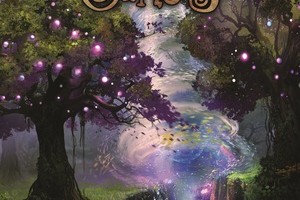