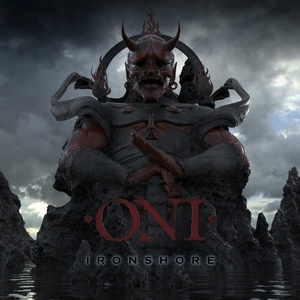 If there’s one term in metal right now that has been diluted to the point where it doesn’t hold much weight, it’s “progressive.” Where there used to be a somewhat clear definition, so many bands have used it as a selling point that it can reach across the spectrum of extreme metal. Oni certainly fall into the progressive mold, but with their combination of metalcore, death metal, and a xylosynth – where do they fit in?

Thankfully, there’s no reason for Oni to fall in line and fit in. There’s a lot of interesting things that are going on with Ironshore, and their eccentricity has much to do with it. The opener, “Barnburner,” is clearly the strongest song on the album, with their ear-grabbing use of the xylosynth and some blunt death metal ferocity coupling with a wicked chorus. It’s an explosive and impressive opener. Things switch gears with “Eternal Recurrence,” which features a more melodic approach overall, giving vocalist Jake Oni an even greater chance to show off his impressive clean vocals. “The Only Cure” brings some wicked grooves and attractive leadwork to the front, while increasing the heaviness (having Randy Blythe contribute vocals here doesn’t hurt either). But something happens with “The Science” – the 11-minute track seems to take all the built up momentum and loses it. With the extended time, the band focuses far too much on the progressive leads and trimmings and the track meanders far longer than it should, with nothing really sticking as they toss it all up against the wall. The rest of the album is hit (the emotive “Chasing Ecstasy”) or miss (the technically impressive but flat “Spawn and Fold” and the floaty “Kansas”), with the band finally picking itself back up completely for the last two standout tracks, “Thrive” and “Coast to Coast,” maximizing the duality of melody and aggression that worked well at the beginning of the album.

There’s a lot to enjoy about Oni, and Ironshore is a step in the right direction for a debut. There’s plenty of beautiful progressive riffing and Oni’s vocal range is rather impressive. There’s some spots where perhaps the band tries too hard, but the potential is there as they continue to develop their sound to make the band among the top tier of the progressive scene, should they follow the sound of “Barnburner” and “Thrive.” 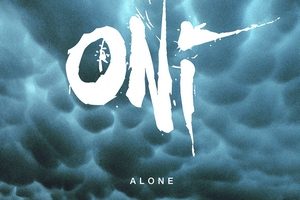