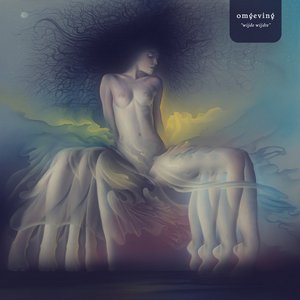 Omgeving is an experimental project from Franck Johanson (of the thrash band Distillator) that attempts to do a number of different things and combine them into a fluid experience. Being on the Hypnotic Dirge label, one can already imagine that the album is going to be something different and off the beaten path (as well as bring in some gloom of some sort). None of those assumptions are incorrect, and Omgeving manages to provide a unique listen, albeit one that not everyone will be able to get into.

Wijde Wijdte pools influences from some vast sources and does manage to create a unique and fluid vibe from these collective parts. You can hear Johanson pulling from doom, black, space rock, drone, industrial, and ambient as each song progresses. The synths are used well in a way that blurs between these influences, and the minimal-esque riffing makes the whole affair seem almost like it is a soundtrack in its quality. Some tracks move towards a more mellow vibe, while others have a larger sense of malice to them, even if they don’t tear up the accelerator. Instead it’s a moody darkness, clearly with a black metal backing but without the tremolo picking speed runs. “De Zon Ontmoet de Aarde” is quite bleak in tone, for instance, but in a way that would swallow you up rather than pummel you. Some of the droning aspects may not be for everyone though, and with some of the 6-7 minute songs it does feel like a few of them begin to drag a bit as they indulge the more soundtrack-esque and trippy parts. It’s a necessary contrast, but also one that occasionally lingers a bit further than needed.

Omgeving does have a flavor all of its own, though your thoughts on some of its more droning aspects will ultimately be the deciding factor in how often you return to it. But with a cinematic quality that can provide both transcendence and malevolence all in one, it’s well worth an exploration to see if you dig it.