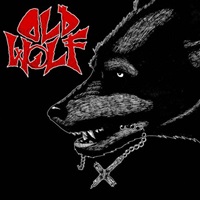 Thanks to a heads up from Savage Master guitarist Adam Neal for telling me about this Kentucky band who along with the aforementioned SM are bringing a lot of the traditional metal sound back to America. A crusader for this new wave, the quintet presents a potent case for serious attention based on these initial 3 songs. Rare is the day that twin guitar harmonies that build and build into these hooks and melodies that ingratiate themselves brain to body to soul – the rhythm section trucking along at steady 80’s-oriented pacing while the vocals reach for that epic, mountain-top landscape.

Throwing in acoustic guitar passages not only at the beginning of songs as in “Old Wolf” but also for a surprise transition midway through closer “Your Keeper” showcases a very musically in tune twin tandem. There’s little doubt that Jacob Wilson and Phillip Kenney possess the requisite axe licks and harmony skills that put Iron Maiden and Thin Lizzy on the map, along with a twist of Wolf and Enforcer fun especially on the culturally pulsating “Trail of Tears” – the latter a logical sequel to the TL classic “Emerald”. Based on the pipes of vocalist Ric Langford, the band could go far. Sure there are times when he possibly holds a trailing note for a bit too long which would have benefitted from more punch in the production department – but overall his higher, Southern Comfort range suits Old Wolf just fine, giving the Maiden-esque closing gallop-fest “Your Keeper” the right passion and spirit to match the energetic nature sure to promote head banging and fist waving antics in every live situation.

Impressing at the recent Ragnarökkr Festival in Chicago, one hopes that they continue to strive for strong hooks and incorporate old school ethics to a new audience. Old Wolf will be a name we hear from again, especially if NWOBHM or NWOTHM is your thing.