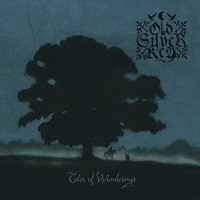 An Alcest/Drudkh combination had this scribe foaming at the mouth, or at least performing several cartwheels in the comfort of his own home (not really, but you get the idea). Two of black metal’s most shining stars, united under the banner of post-rock and name Old Silver Key. There’s no way this can be a dud, right? Well, it’s not a dud, mind you, yet it’s not of the caliber that one would expect coming from the two parties. Expectations are the worst sometimes.

Comprised of all four members of Drudkh and Alcest mainman Neige, Old Silver Key retains many of the sound attributes from both acts, minus the feral BM aggression of Drudkh and beauteous soundscapes of Alcest. Neige stays mostly in his hummable clean vocal range, and it’s the right balance to the band’s quasi black metal riffs. Frankly, if the tempo on these songs

were sped, this could easily pass as a black metal album, but the hop-and-skip of “Star Catcher” suggests a much more optimistic aura than anything BM could produce.

in English, being that Alcest is totally in French. His vocals aren’t exactly what one would call “audible” (same thing happens in Alcest), so Old Silver Key makes up for it with a wide spread of melodic chord movements that at times work well (see “What Once Was And Will Never Happen Again” and “Burnt Letters”) and at various points, fails to make any sort of dent (“Cold Spring”).

A wonderful idea on paper, the two parties didn’t connect as well as they should have. With Drudkh coming off their best album to date with last year’sHandful of Stars and Alcest becoming more popular and less cult by the second,Tales of Wanderings won’t provide much of a respite from both bands

other than “Hey, did you hear the Alcest/Drudkh album? It’s surprisingly ‘meh.’”