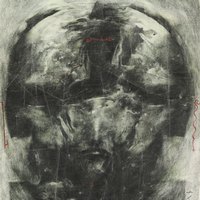 Occasionally veering off into teacher mode, often a band name that reflects something in science is easy clickbait on Bandcamp (particularly in genetics). Hence, this is the story of how this scribe randomly came across Okazaki Fragments. Pieces that make up the lagging strand during DNA replication, Okazaki Fragments admittedly does seem like a cool name for a band. Doubly-cool is how off-beat and crushing the band’s brand of death metal is.

Easily suggestable to fans of bands like Artificial Brain, Gorguts, Ulcerate, or Pyrrhon – this is thinking man’s death metal. Much like their band name, there are pieces of each track that are fused together (often the band will use a riff once and move on), with unconventional riff structures veering into dissonant atmosphere, groove, and/or hyperblasting. It can be a lot to take in at times on the first listen, but it becomes less jarring with repeated playthroughs. The short song times help to ensure you don’t get too bogged down, and allows them to focus on what makes each track ‘click.’ Whether it’s some eerie riffing in “First Contact,” the spastic technical wizardry of “The Earth Aflame,” or the subtle dissonant atmosphere of “Dissenting the Waking Shell,” Abandoned is gleefully unpredictable. Likewise the vocal performance runs the gamut as well, going from grindy shouts to super-low gurgles (a la Artificial Brain), giving some subtle nuances and increasing the idea that you don’t know what will be around the corner.

With listeners’ interest in what can only be described as “weird” death metal on the rise, Okazaki Fragments should find themselves with plenty of appeal to listeners of the aforementioned bands. Abandoned is an impressive debut that is sure to catch some buzz if the right ears happen to hear it. Consider this one a solid sleeper of this summer season.