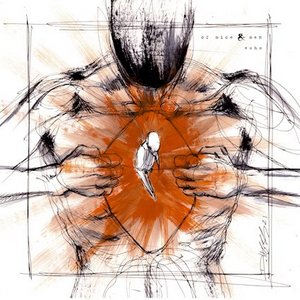 An amalgamation of metal, rock, and hardcore, it’s hard to really place Of Mice & Men into a simple, defining category.  Even between shifts in albums, merging between heavier moments and more melodic ones, there’s a certain reach that the band can achieve by spreading themselves across a wide market.  Echo merges all three of the band’s 2021 EPs into one compact package, and really showcases that dynamic sound the band can genuinely play into with great success.

Given that there are three EPs worth of material on this release, it plays quite well as one unit.  Partially due to the band’s sheer diversity, when each EP plays into those strengths, it combines for an equally strong whole.  A heavier and more metalcore-ish cut like “Pulling Teeth” makes for a logical jump into “Mosaic,” arguably the heaviest cut on the record as the band jettisons the clean vocals and digs deeper into grooves and chugs.  But then said scorching heaviness is traded in for tender emotions with the following song in “Fighting Gravity,” which features some touching vocal lines from Aaron Pauley and benefits from not going ‘full-ballad.’  Also flipping between more straight-forward, energetic cuts like “Obsolete,” to more experimental and atmospheric tracks like the eerie yet driving title track helps the band to maintain a solid grasp on song identity as you move through the collection.  Echo’s greatest strength is that each song feels different from the last, and you won’t be quick to forget each one as they rotate in the back of your brain for a bit (a spot currently occupied by the thundering “Levee”).

While those following the band closely this year aren’t going to get much in the way of new material with this one, Echo is an excellent modern metal release that plays fully into the band’s strengths.  Not afraid to branch their sound in many directions yet still keep a solid core intact, Of Mice & Men have the potential to really break through into a mainstream market without compromise.  There’s a lot of diversity to enjoy here for repeated listens.