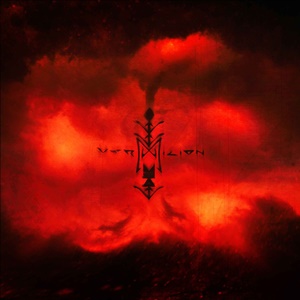 Winners of a Finnish Metal Expo competition to help the funding of their debut album The Treachery of Senses for Century Media back in 2012, Oddland moved to Sensory Records for the follow-up Origin in 2016. Bringing us to the third and latest effort Vermilion from the progressive metal/rock act, moving yet again to another label for Uprising! Records. While many may question this seemingly unstable shifting album to album, fortunately this leads to little if any impact on the dynamic songwriting and invigorating performances these musicians display – incorporating everything from djent/modern accents to heartwarming exotic/ cultural touches across the record.

The five-part title track comprises the front two-thirds of the record playback – and quite an adventurous progressive journey you will take. Beyond the expected electric instrumentation, listeners can expect sitar, hand drums, and saxophone as well as chanting (in backward context) that makes “Vermilion Part 4: Feed the Void” exhilarating, aspects from Faith No More to Pain of Salvation colliding. Slower, lurching bass and staccato-driven guitar notation fuels “Vermilion Part 2: Below”, the touch and go drumming from Ville Viitanen subtle, groovy, and compelling next to the circular, Egyptian-ish guitar measures and potent mid-range vocal melodies courtesy of guitarist Sakari Ojanen. Sparse sequences build into larger crescendos or walls of sonic impact – check out the jagged nature throughout “Resonance”, a magnificent juggernaut of a track built off potent, beefy bass play from Joni Palmroth and the guitar volleys thrown about from Sakari and second guitarist Jussi Poikonen, taking Gojira and Meshuggah-like spots into a more palatable Leprous-oriented prism. Another intriguing element is when other progressive rock/metal musicians go for extended arrangements to showcase technical prowess, Oddland instead travels in the opposite direction – delivering a compelling and satisfying album in under forty minutes.

The four-piece could careen into diverse appeal that captures a wider following because of their blend of atmosphere, power, and musicianship on Vermilion. This could be that hidden diamond in the rough for progressive mavens in 2022.