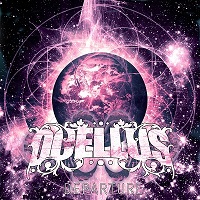 Here’s Ocellus’s Departure,  a slab of good ole’ American metalcore if I’ve ever seen one. We’ve reached a sad spot here in 2013 – the proverbial gamut of criticisms aimed at this polarizing subgenre has been run and worn down so much that reading a review of a metalcore record becomes just as tedious as listening to it. The key connection being quite simple – you’ve heard it all before, over and over and over.

Personally, I’ve always made efforts to champion the genre and defend its worthwhile acts. After all, the classic albums by Killswitch Engage, Unearth, All That Remains and As I Lay Dying were what sparked my interest in heavy music in the first place. But the sad truth cannot be ignored – metalcore is unarguably the most copycat-ridden, cookie-cutting, style-biting bastard child that heavy music has ever fathered. And really…at this point in time well after a decade since the style’s inception, something’s gotta give people.

Breakdowns, thrash tempos with Swedish riffs, saccharine “clean vocal” choruses (really, who came up with that? Are screams and growls “dirty,” then?) and semi-solos are all over this thing. A majority of chord progressions and melodies have been heard many, many times before, and one is almost tempted to go further in saying that the riffs themselves have been heard before… and you know what that is? That’s sad. Very sad.

There’s really not much more to say about Ocellus, other than that while their music falls well below the mark, they do have a decent drummer at least. Made the listen almost tolerable. Almost. One can only hope that as the decade progresses, metalcore’s footmen will follow suit.