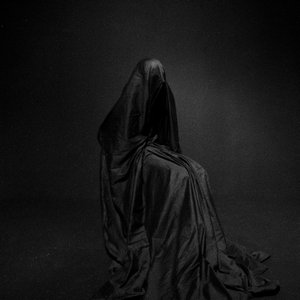 Another few months pass by and we find ourselves in the throws of another album by the ever-prolific Matron Thorn, this time in the body of Obscuring Veil. Rest assured, dear listener, it shares much of the same DNA with other Matron Thorn releases, particularly Ævangelist, particularly Ævangelist as it was on last year’s late release Matricide In The Temple of Omega.

Not to say it’s identical, of course, but all the constituent parts are here: dissonant guitars that writhe and shimmer in the murk, voices of unknowable origin exist as shadows on walls you can’t define, and somewhere underneath it all there is a shape and pulse of frequently blasting drumming pushing it all forward. In difference, however, the bass here is much more prominent but only to adds to the cacophonous void the band strives to conjure.

In general, it succeeds.

Also unlike Matricide In The Temple of Omega, Fleshvoid To Naught rings in at just under half an hour. Of its four tracks only two are ‘songs’ (..loosely defined), the others serving as bits of atmosphere or thematic complements. The two ‘songs’ “Do You Want To See The Knife I Used?” and “Spirit Me Away, O Murdered Star” use all the above mentioned pieces to exhaust the listener and likely achieve some sort of meta-consciousness as only modern occult studies could hope to define. As soon as it begins it feels like it comes to an end and considering the sonic similarities to Ævangelist, this is likely a positive.

This release in its promotional material is described as ‘ghostlike’ and to be fair, that’s not a bad assessment. Fleshvoid To Naught is nothing if not ephemeral, in the things that make it and the presence it maintains. There is little to latch onto though long term as this release largely flows as a continuous piece, regardless of its track demarcations

I, Voidhanger has presented me with several of my favorite releases over the past few years and despite the impenetrable initial façade of Fleshvoid To Naught, it may very well continue that trend this year. Perhaps this is the best way to experience the void: in small dips. Listener beware but for those inclined to the style the madness it brings is endearing.