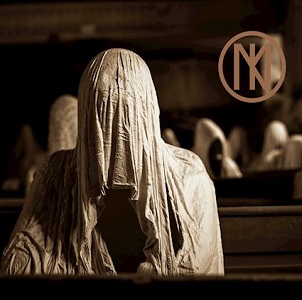 Productivity, it seems, is not much of an issue for French black metal duo Nyss. Since their 2015 formation, the pair of Þórir (all instruments) and L.C. Bullock (vocals/keyboards) have rolled out four EPs. Certainly popping out tunes at an accelerated rate is not the feat it once was, but it was enough to catch the eye of Italian label Avantgarde, a company that knows a thing or two about unearthing specialized, unique talent. Since Nyss is French and they play black metal, it’s almost a foregone conclusion their Princesse Terre (Three Studies of Silence and Death) full-length debut would have merit. And it does.

Three songs here, so long-form black metal is what we’re dealing with. The somewhat familiar guitar buzz-on-blast tandem is present, but so are obscure melodies, a lot of which heighten the album’s ability to persuade. Opener “I” (not exactly creative with the song titles, guys) has the least impact of the three, passing dis-harmonic riffing through the back-channels of angular BM. However, it’s the gradual build and subsequent ebb and flow that “II” and closer “III” immerse themselves in that makes the album worthwhile, in particular, “III,” an utterly climatic number that brings forth those aforementioned unique melodic shapes into a song that quite frankly, is a BM thrill ride.

It’s not necessary to drive home the point that French black metal has now succeeded most, if not all other areas in the extreme arts. That’s almost a given. What is most refreshing, though, is that there remains a steady stream of capable bands starting to emerge, of which Nyss belongs. Princesse Terre is a sterling debut on all fronts.