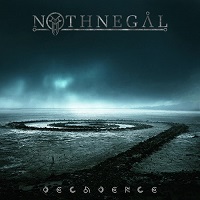 Never thought you’d be reading a review about a metal band from The Maldives, did you? To be truthful, this writer never once thought about even writing about one. It’s enlightening to see just how much metal music has spread into all corners of the world. In this case, we have Nothnegal – a band who portray a mixture of melodic death, progressive, and at times, industrial metal. The band’s initial recording was the 2009 EP titled Antidote of Realismand three years later, we have the highly anticipated debut album.

A lot of changes of great significance have gone down since the EP. Firstly, vocalist Avo is no longer with the band, with guitarist Fufu taking on the growling vocals. Fufu’s vocals are more on the throaty side than Avo’s, but no big difference either. A clean vocalist – Affan – has also been added to the band’s ranks. More on him in a bit. Drummer extraordinaire Kevin Talley also joined the fray in 2009, along with ex-Kalmah keyboardist Marco Sneck. So with a vocal change, as well as adding two established metal vets, let us see how this all turned out.

From an overall standpoint, the music is a little different than what we heard onAntidote of Realism. There are more industrial metal influences scattered throughout, but the heavy dosage of melodic death metal is still highly prevalent. There aren’t any drastic changes, but the occasional machinegun riffing is of noticeable difference. The other big difference is the prevalence of keyboards. Keys take a much more frontal role, setting the tempo for many tracks on Decadence. Some may not like these tweaks, but they don’t degrade from anything, and actually adds some new twists in places.

Digging deeper, songs like album-starter “Salvation” very much set the tone, with heavy riffing, searing leads – both of the guitar

and keyboard variety. “Janus” begins with a very serene and haunting vibe, and stays at a mid-pace throughout, straying away from their faster material to show off some songwriting variety. “Armageddon” is the most grandiose song on the album, boasting a large atmosphere, as well as the best rhythm work on offer. Only eight songs here, but all of a high quality.

Now, the last two tracks on the album – “Sins of Our Creations” and “Singularity” – are both performed with clean vocals only, by the previously mentioned Affan. Musically, there isn’t anything that deviates from the rest of the album, but the switch to exclusively clean vocals does change things dramatically. This sounds fantastic, as Affan has a soulful and powerful voice. However, one hopes that this isn’t a permanent swap, as the growling vocals are a big part of the band’s sound. Hearing both vocal types mixed would be cool – next album, perhaps?

Nothnegal is no doubt an up and coming band who will make a sizeable impact. While their debut album is a little different than most expected, it is of the same high quality of their EP, and showed that the band isn’t afraid to take chances in their songwriting approach, and do so with positive effect. Morebands

need to gain that ability. It’s nowhere but up for these islanders, withDecadence proving to be a solid start to their ascension. 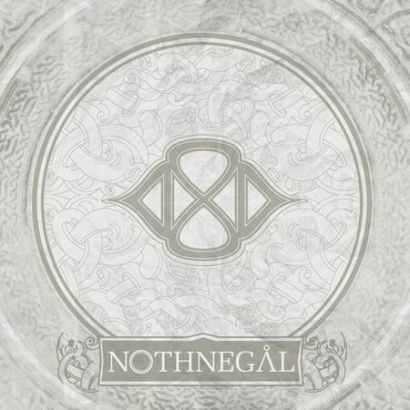