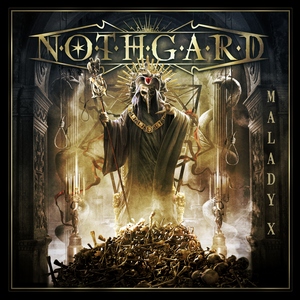 As the saying often goes, if it ain’t broke, don’t fix it. Germany’s Northgard have three previous albums under their belt, with 2016’s The Sinner’s Sake being their most recent endeavor. Their brand of epic melodic death metal caught the attention of Metal Blade Records, and Malady X serves as the inevitable introduction of the band to a much wider audience. So it merely sharpens the blade of previous releases.

While the familiarity of bands like Children of Bodom and now labelmates Ensiferum loom at the forefront, it’s hard to completely knock a winning formula. Nothgard capture the triumphant sound of melodic death metal and ride it into glory. Rousing numbers like “Epitaph” and “Serpent Hollow” bring a ton of energy and thrash-friendly riffing, done at a level that even their already-mentioned brethren would be proud of. Fiery solos and fist-raising choruses hit the sweet spot to add to the overall feeling. Elsewhere, slower mid-tempo favoring cuts like “Devil Will Know” and “Herald of Death” up the ante on the melodic end, with keyboard work that helps to give them that epic thrust that other bands try desperately to capture. In attempting to polish things up from their last effort, it must be stated that there’s a little more variety to the songwriting on Malady X. Even if much of it falls under the predictable course of motion, it’s nonetheless appreciated to see a band try to stretch things further, and the increased dynamics really help the flow, particularly when the release comes to 55-minutes with 3 bonus tracks.

While Malady X isn’t a huge jump from its preceding works, it’s just the right thing at this point for Nothgard. Given the increased exposure the album will see, it shows them striking ahead with their best foot forward even if it is a safer move. The slight tweaks will please fans, and will be sure to grab some fans that were previously out of their reach. 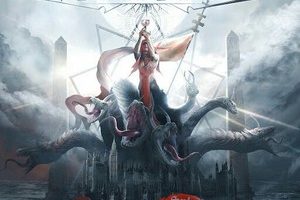