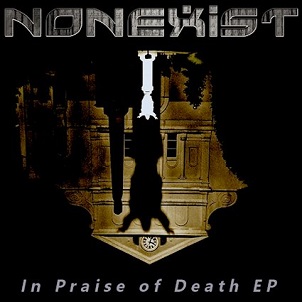 Vintage death metal holds a special place in the heart of Swedish guitarist virtuoso Johan Reinholdz. Reinholdz, who, of late, has been manning one of the live guitar slots for Dark Tranquillity, initially came to the fore with his progressive metal outlet Andromeda, which was quickly supplemented by the band in question, the technical, yet melodically-inclined Nonexist. Nonexist’s 2002 Deus Deceptor remains of last decades absolute unsung gems — shame it took 12 years to be followed-up with From My Cold Dead Hands. Since then, Reinholdz has stuck a fairly regular release schedule, including another full-length (2015’s Throne of Scars), an EP a year later (The New Flesh) and now In Praise of Death, which is a tribute to old-school death metal.

Five songs here, all done up in that vintage Sunlight Studios/chainsaw guitar tone sound. Reinholdz has supplemented each cut with a guest vocal appearance, the most notable being DT’s Mikael Stanne and ex-Arch Enemy (and also current DT live guitarist) Chris Amott showing up on “A Meditation Upon Death,” which happens to be the only song here with any sort of melodic flair. (Not surprisingly, this remains Nonexist’s long suit.)

Clearly, just a fun, stopgap measure by Reinholdz, In Praise of Death even has the best production of a Nonexist record of late, which suggests all signs point to a promising full LP in the future. Above all else, it shows that even the best of Swedish metal guitar players have a soft spot for Dismember, Entombed, Grave and Unleashed.