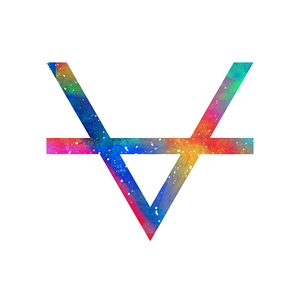 While some associate metalcore with being a genre that’s stagnant and complacent (one that would easily be stretched to much of the musical landscape), there’s some impressive bands that have popped up that manage to defy that stereotype. Nomvdic is one such case, and while there are some elements of metalcore in their sound, it doesn’t take more than a few seconds to see that they’ve got an entire bag full of tricks in their pocket to keep Euphoria interesting.

Nomvdic manage to be heavy as nails at times, but also provide a genuinely emotional ride with Euphoria – one that can be progressive, melodic, and atmospheric depending on the song at hand. The title track starts out quite playfully, with modern progressive melodies coaxing you into the track as it brings in more heavy rhythms and some djent-y vibes along with it. The band quickly accelerates things into faster and more melodic territory (think melodeath territory at times) before blowing up into a euphoric (no pun intended) chorus that hits triumphantly. A massive, and deserved, breakdown hits hard towards the end of the track and pushes the track into further diversity. Given that was a description of one track, you can begin to see how multi-layered the songs can be. Floaty, atmospheric melodies and frenetic speeds often trade blows (see “I Would Get Lost in You Forever If You Let Me” and “Blue Jay”) and it provides for a thrilling narrative as the music progresses. Because the music is always moving, there’s so much to take in and enjoy, and makes coming back to it a joy as you begin to pick up on some elements that you may have missed out on in the last time through.

Euphoria makes the case for modern metal and being a true slurry of influences without simply becoming a collection of them. Nomvdic have made an album that feels personal and emotive, while not skimping on any of the required, punishingly heavy parts.