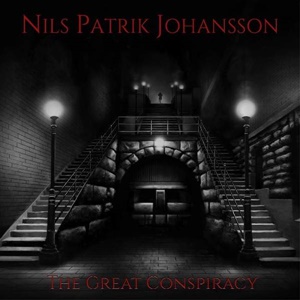 A concept album surrounding a 1986 assassination of Swedish prime minister Olof Prime outside a cinema in Stockholm, veteran metal singer Nils Patrik Johansson releases his second solo album for The Great Conspiracy which features musical support from Lion’s Share member Lars Chriss on guitar, bassist Andy Loos, keyboardist Kay Backlund and drumming from Nils’ son Frederik Johansson. At this point in his career, Nils feels very confident to showcase all facets of his abilities – the material also running the gamut from power metal to doom, classic metal to even theatrical, pomp and circumstance moments that keep the listener very engaged for what comes next.

Those who love gallop-oriented riffs, surging keyboards, and persistent double kick action where the BPM’s are charging through the airspace will find “One Night at the Cinema” pure gold – Nils singing to the high heavens as the lead breaks and ivory hits feature a lot of neoclassical reference points. At other times the songwriting and performances reach back into the 70’s/80’s history books a la Rainbow or Iron Maiden – check out the forceful stomp and sinister keyboard support during “The Baseball League” as well as the uplifting rhythms and theatrical melodies floating in and out “Killer Without a Gun” which are magical, addictive, and pinnacle efforts to put Nils in the prime spotlight positions. Frederik has all the tools to genre-hop – his military snare hits along with Kay’s calmer piano strains making “March of the Tin Foil Hats” another highlight, falling in the picturesque storyline as ‘heaven is another part of hell’. And for listeners who want an epic, doom-oriented number look no further than the 7:25 “Prime Evil” – merging the best of Dio-era Black Sabbath and Candlemass into a satisfying aural piece of triumph, Nils again sustaining those bone-chilling notes of magic and mystery as Blackie Lawless and Ronnie James Dio channel into one in his unique vocal blend.

A worthy successor to Evil Deluxe, Nils keeps his focus on classic power / doom material with enough flair and charm to appease his following and satisfy his own creative desires. Proof that quality reigns supreme, and this genre has no fear of dying anytime soon as long as records like this hit the streets. 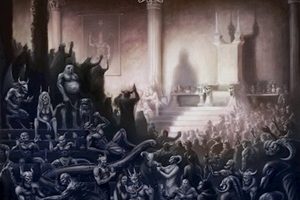