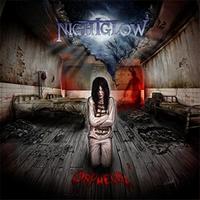 Here’s an interesting side occupation: Manowar tribute band. In order to meet the would-be criteria, wouldn’t the band in question have a similar muscular appearance and proclivity to loin clothes? The totally pretentious (and incorrect) view that they’re the “Kings of Metal?” Such things must be taken into account for such a job – paying tribute to one of metal’s longest-running jokes is clearly cut out for masochists. Who knows if Italy’s Nightglow are that type, but they were indeed a Manowar tribute band (the “official” one according to bio), having wisely switched gears to focus on their “real” music career.

Orpheus is the band’s second album, a bit of an odd combination of modern, groove-laden metal (why does DR hear Ektomorf?), and melodic, but not power metal. We were certain the band would tread down the familiar and expected power metal path, but Nightglow avoids it altogether, resulting in an album that stays away from cliché, but is difficult to corral because of its odd approach.

The syrupy, thick, and manly vocals of Daniele Abate might be the most trying aspect of the group. His man-dude vocals are reminiscent of Brainstorm/Symphorce vocalist Andy B. Franck, who isn’t exactly the first reach in this realm, while his clean vocals border on being out of tune or downright wishy-washy, like on the ill-fated ballad “Stay With Me.” Past that, the band’s abundance of Americanized riffing coupled with Abate’s vocals make select songs like “Scream,” “On My Knees,” and the thrashy title track concoctions that frankly, are just all out of whack. Italian-Ektomorf-Brainstorm-Manowar-action is something we’ve yet to stumble upon.

A tough go all around, Orpheus isn’t bad enough to send Nightglow back to the throes of having to play “Blow Your Speakers” every night, but sometimes the alternative is better than reality.