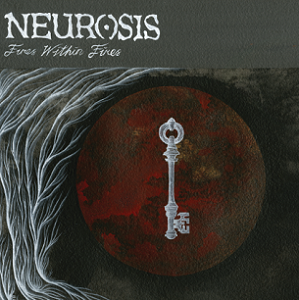 Of course Neurosis aren’t the same explosive, genre-bending band they were in their prime. Few bands are. Father Time has, however, been kind to the Oaklanders, with folks from all corners (rightfully) hailing Neurosis as the pioneers they are. Not surprisingly, it poses the conundrum of how to handle their new material versus the old, if, there’s any reason at all to put out new jams with so much behind them. Like they did on 2012’s upstart Honor Found in Decay, Neurosis answers that question with a stern rebuttal by way of Fires Within Fires.

It is worth nothing immediately Fires Within Fires does not have the length nor depth of its predecessor, or previous albums. It’s less on the experimentation and more about the band going for it right away, something that takes place on opener “Bending Light,” which finds Scott Kelly in full vocal ache. As per usual, “the build” is on via “A Shadow Memory” and “Broken Ground,” the latter serving as the album’s best number, a subtle, gentle, brooding jaunt that takes a victory lap around the same melodic detail that enveloped the band’s acclaimed A Sun That Never Sets.

Now, Fires Within Fires has neither the gusto or size that earlier Neurosis efforts do. (We’re talking Through Silver and Blood on up.) Yet, the album—like it should be—is an event, another reminder of who was here first in the quagmire we call “post metal.” And yeah, a sufficient argument exists some bands (i.e. Isis) have done Neurosis better than Neurosis, but Fires Within Fires reflects well upon the band’s ever-lasting durability and impact. 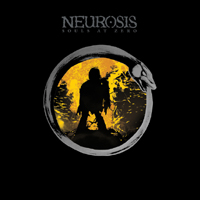