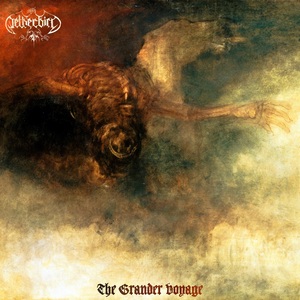 A ten-plus year existence and three previous albums in the bag already, Netherbird have had plenty of time to hone and harness their sound. Something that is made quite clear as you listen to The Grander Voyage. This is a band that is familiar with the past, but chooses not to sit there and linger on it, but makes an attempt to align it with the present.

The strongest tool in Netherbird’s arsenal is how fluid their mix of genre-knowledge is. A quick listen will reward the listener with sounds that date back to ‘90s Scandinavian black metal, melodic death metal, doom, and even some shades of post-metal. It’s hard to pin down what the band is going for exactly, but don’t mistake that for being directionless. Instead, they pull the elements that work for them, depending on the track at hand. “Hinterlands” has that icy, Dissection-esque tone to it and the song locks in solid melodies as it moves through a number of tempos. Triumphant melodies lace “Windwards” as well, while “Silvan Shrine” lowers the tempo into more downtrodden reaches. “Emerald Crossroads” caps off the album with closest to post-melodies that the band employs, and the use of acoustic guitar here adds to the flavor (as it does in the instrumental “Dance of the Eternals”) while there’s a crisp sensation of doom to “Pillars of the Sky.”

The key to The Grander Voyage’s success is its variety. Melodies of all kinds leap through the speakers, as the blackened death metal riffs continue at full speed (and vary into different spaces). Those looking for an album that aptly blurs genre-lines with a sense of purpose and majesty, Netherbird should be on your short list of bands to get acquainted with. 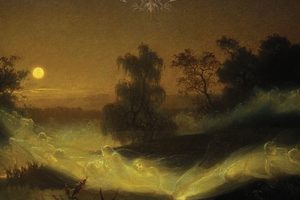