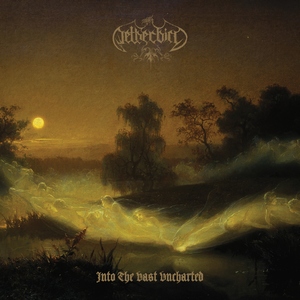 Probably nestling into a claim as one of heavy metal’s more underrated acts, Swedish act Netherbird has been doing their thing for about fifteen years. With four previous albums to their credit, they’ve played into a nice hybridization of old school goodness without feeling too dated. Into the Vast Uncharted tweaks some of the band’s underpinnings, but they continue to move along, just as rock-solid as they always have.

The only real change up that feels noticeable on Into the Vast Uncharted is just a bit of change to the balance that makes up the band’s sound. 2016’s The Grander Voyage took the melodic death/black template with a generous helping of doom, and this release feels a bit more swaying towards the blackened end and a bit of doomy reduction. That’s not a bad thing though, and the upswing in black metal-esque melodies gives a further allusion to the Swedish champs of the stuff (e.g. Dissection or Dawn) without moving into recycled territory. Instead, most of the tracks here have a suitably epic vibe, even if it’s a little downtrodden and gloomy at times (see “Eventide Evangel” and it’s mesmerizing acoustic/clean guitar moments). But uptempo tracks like “Lunar Pendulum” deliver that buzzing black-ish charm, as does the more ripping “The Obsidian White.” As with previous releases, the sheer volume of fanciful melodies is where Netherbird truly shines – there’s not a track to behold that doesn’t revel in a few riffs that are bound to catch your interest and raise your fist high into the air.

Netherbird captures the essence and glory of the ‘90s melodic black/death scene in Scandinavia and gives it a bit of modern weight without making it lose what made it special to begin with. Into the Vast Uncharted is their strongest release to date, and the one that will hopefully cast the band in a bit of a larger, and more deserving, limelight. 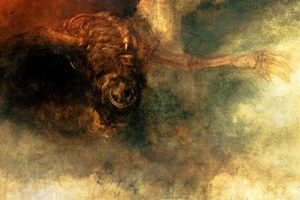