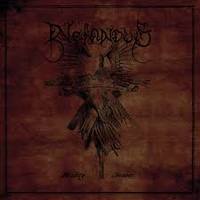 The title Reality Cleaver admittedly seemed quite brutal so this one mistakenly got tossed into the “get to it when I get to it” category. Interestingly enough, this is Nefandus’ third full-length album of the black metal variety, though oddly far from what one would normally depict as black metal (without going into that whole “post black” scene). There is a significant lack of tremolo picking and non-stop blastbeats, and Reality Cleaver is all the better for it.

Whereas most black metal sticks to the fast pace, Nefandus is all about sinister melodies and mid-tempo riffage with a side of gloom. The songs seem deliberately paced, with the opening song “Verses From the Chaosverse” (along with a few others) having a repetitive, slightly droning quality to them. With this droning comes a feeling of despair and dread that seems to be the band’s selling point. The dark melodies hit their mark quite often, with “From The Great Deep” being a personal favorite, with a more atmospheric and adventurous tone that is equal parts horn-raising leads and ominous dread. The one deviation from the bunch is the traditionally black metal paced “Reborn As Wolf,” where blast beats ring out and has a powerful tone as it is surrounded by more melodic and doomy pieces. Also worthy of note is the closer “Scorn of the All-Mind,” with it’s 180 shift towards clean vocals (male and female) injected into the mid-tempo madness without coming off as cliché or feeling out of place.

If you fancy a journey through some murky, mid-tempo black metal that might leave you more gloomy than hateful, Reality Cleaver is worth checking out. As opposed to the “post-black” revolution, it’s nice to see some more traditional black metal stepping outside the blastbeat box, and upping the ante on the dread factor, as opposed to the cheese factor.