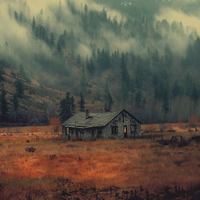 Neck of the Woods hail from the lovely, moderate climate surroundings of Vancouver. A band good enough to reach the finals of the Wacken Metal Battle in Canada, the band, remarkably, remains unsigned. That much, we know. (Plus, Canada has quite the knack for churning out not-so-obvious bands, such as this one.) The rest is codified by way of their six-song self-titled EP, a mostly rambunctious, yet not-over-the-top display of technical metal that apparently (and appropriately) was influenced by the likes of Between the Buried and Me, Gojira, Misery Signals, and Opeth. Hearts in the right place, gents. (Minus Misery Signals, but that’s okay.)

Technical death metal is clearly the foundation here. The riff tandem of Dave Carr and Travis Hein make hay with dexterous, but immediately catchy riffs, of which are found at a moment’s notice on opener “Disavow.” It’s certifiably chunky, yet has enough range to cull some softer elements, ala the above-mentioned BTBAM. Thus, the progressive side of Neck of the Woods shouldn’t be understated; it’s really what catapults ensuing cuts such as “Trap Door” and the excellent “I Know Where I’ll Bury You,” a song title that surely has to end up a t-shirt. Right?

Without much catering to the dreaded “core” side of the fence, Neck of the Woods can rightfully position themselves as a modern, yet splendidly technical lot with innate catchiness to boot. Lots to grapple across these six songs, none of which lag or lack in any of the necessary departments. Plus, who’s going to balk at a band called “Neck of the Woods.” Score another for Canada.