Near – Own Sun (De Tenebrarum Principio) 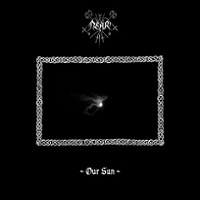 While “Near” is not the most black metal-sounding of names, in presentation and sonic execution, this obscure Italian troupe has it down. Hanging around since 2002, Own Sun is the band’s first effort in six years, the follow-up to The Opening of the Primordial Whirl, which may or may not have come across DR’s desk in a different lifetime (or website). Zeroing in on the no-frills, no-production, no-antics approach of Scandinavian black metal circa its glory years, the hum and buzz of Own Sun plunges itself right into necro territory all the way.

Suitably capable of creating a maelstrom with manic tremolo picking and hacksaw’d chords, Near’s strength lies within their ability to let the melodies flow. However, “flow” may not be an apt description, for the warped speed in which the band plays belies that notion. Opener “Old Springs of Astral Matter” employs a screwdriver-esque main riff, divided up by odd chord pairings and sub-vocal work. “Invoking the Night” does one better, coming across as a more atmospheric version of Dodsferd, even as a few rocked-out riffs and beats make waste. Own Sun crests with the winding, darkness-soaked “The Weight of Life,” a number that is the full realization of the aforementioned melodic sequencing Near is so fond of.

Inasmuch as Own Sun checks off all the boxes in the true, unflinching underground BM department, there’s no questioning Near’s ability to put together a diabolical tune (or six). And like we noted above, there’s a time and a place for this type of arms-crossed, hood-wearing, darkness-seeking black metal. You could do a lot worse than Near.