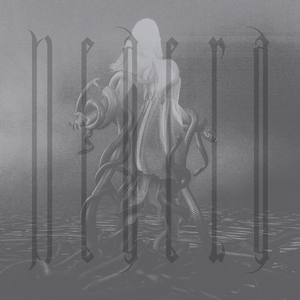 After six full-length efforts and a decade together, Neaera disbanded in 2015. But it was short-lived, and they jumped back into the live scene back in 2018. As a result, the modern metal act is now delivering its seventh effort, a self-titled affair that works as such due to it having the familiar elements that many will have recognized with the band’s career to date. It’s a culmination of where they’ve come from.

That familiar mash up of some metalcore elements, breakdowns, and more harsh death metal aggression that carried Neaera around since the early days of the act is here and chomping at the bit. What has always worked for the band, particularly on their heavier efforts such as Armamentarium and Omnicide, is that driving intensity as they forge ahead through mid-tempo skirmishes that often are accompanied by some catchy melodies or rage forward with blastbeats and occasional forays into meloblack territory. Of course, they tend to slow things down a bit and engage in some breakdowns, and they do hit hard. There is a great placement, which involves some build-up to them instead of haphazardly flinging them in for the sake of it – there’s some equally potent groove as well – and the mix of these on songs like “False Shepards” give the band plenty of weight to throw around. The one thing that continues to be the Achilles’ heel to the band is that of the uniformity of the songwriting. Once you’ve heard the format, it does continue through the album and gives it a certain consistency. Granted, the melodies are a part of each track and it helps with this, but those familiar with Neaera’s discography will be quite to note that this issue still remains. It’s certainly no deal-breaker, particularly if you enjoy the band’s take on the genre.

No one is looking to have Neaera re-invent the wheel this late in the game, and this self-titled effort is a more of a reminder of the band’s strong points than anything else. If you have enjoyed their previous material, Neaera will win you over in a heartbeat with this one. 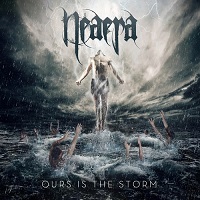 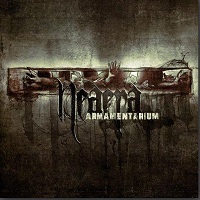