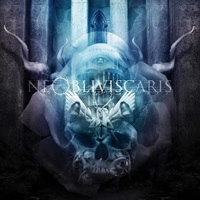 Australia certainly has a potent extreme metal scene these days, gaining a larger fan base by the minute thanks to the touring escapades and consistent product from acts like Deströyer 666 to Psycroptic, as well as this extreme, progressive, avant-garde metal sextet from Melbourne called Ne Obliviscaris. Forming in 2003, they released their first demo The Aurora Veil in 2007 and a debut album The Portal of I in 2012 – making a large ripple of buzz through all oceans far and wide, in terms of a solid critical reception and fervent fan base. Capitalizing on that early success, we have the follow up record Citadel on their new label home Season of Mist, another trip for the brain and heart as the band tackle 6 new tracks, often broken up into subsets (or parts) for better digestion/consumption.

Where Ne Obliviscaris differ from the pack is the use of progression and melody, often in contrasts that when heard together, make logical and soulful sense. The clean vocals of Tim Charles for instance on “Painters of the Tempest (Part II)” give atmospheric depth, alternative charm, and take the genre to different heights, his ability to hold high notes at the end of this 16 minute plus arrangement gave me spine tingling chills. His violin work is not fiddle-like in a folk sense, but truly from a classical meets progressive rock background, as if the band Kansas were to study the greats from the Baroque or Romantic eras. Do not fear though, the hyper Daniel Presland blasts/double bass and equally vicious blackened roar from Xenoyr wrap around some quick trilling/picking from the nimble fingers of guitarist Matt Klavins and bassist Brendan Brown (aka Cygnus) on “Pyrrhic,” which suddenly does an about face at the 5 minute mark into murky, dissonant, and calmer musical pastures that again showcase their skill at art music and lighter, almost New Age elements before returning to a full on heavy assault at the conclusion.

In reality, half of the compositions are outro or intro/interlude oriented pieces (“Wyrmholes”, “Reveries”, and closer “Devour Me, Collusus (Part II): Contortions”) to set up the longer action, but Ne Obliviscaris realizes that the weight of the material at hand needs those breath of fresh air moments before returning to progressive measures. They truly defy classification, and are one of those bands that continually astound due to their incredible musicianship and understanding of placing hooks in while sending you on a far reaching whirlwind journey, the likes of which you’ll not return to the same ever again.