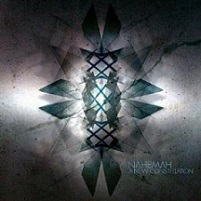 Falling in line with the numerous Opeth-infused/inspired bands

, Spain’s Nahemah have quite the quirky, but charming creation on their hands with A New Constellation. It’s not direct Opeth worship (hey, Farmakon), but just like the Swede’s, there’s this winding ebb and flow to this thing that makes it very difficult to look past.

It’s hard not to be worked over by the band’s sideways, but ethereal melodies, ones that are of major focus during “Absynthe” and “Reaching the Stars.” There’s a little Opeth draw to most of their ideas, which is fine. They’re light years better than Farmakon and just a slight, slight notch below Novembre. Then again, A New Constellation is far more enjoyable than Novembre’s latest,The Blue, so maybe we’ll call it a toss-up.

Pablo Egido does an admirable job of varying his vocals, especially during “Follow Me” and “Air.” Egido has that furrowed, grizzly rasp that is a pre-req for prog death of any form, and he uses it well and to his advantage.

Once past the halfway mark of A New Constallation, matters tend to get a little bogged down, which tends to happen with music of this ilk. But the front portion of this album (see pretty much every song

referenced in this review) are totally worth investigating. A great find for 2009. More, please.