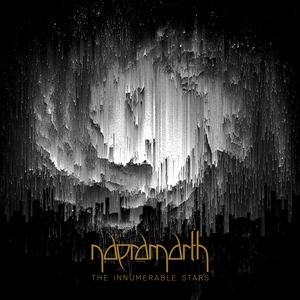 It seems that 2017 has been the year of the one-man project. There’s been a few outstanding releases of solo efforts this year (particularly in the Bandcamp quadrant) that feel more put together and massive than label-backed bands. One can add Gage Love’s Naeramarth to the growing list of impeccably written and engrossing one-man acts based on The Innumerable Stars.

Naeramarth takes the progressive leanings of bands like Leprous and Haken, the black-ish vibes of Enslaved and Ihsahn, and vintage melodic death metal of Dark Tranquillity into a package that can bring serene darkness and anguishing light together with soaring melodic qualities (a la Devin Townsend). Love’s clean vocals have a raw and enigmatic quality to them, frequently bringing the music into grandiose segments without feeling over-the-top (see “Lunar Sea”). He brings in a vocalist for the rasps (Paul Black), but they are just as suiting, giving the darker moments some added power to utilize. The combination of so many different styles is more seamless than you might expect, and frequent shifts between heavier and melodic parts only serve to increase the potential of the band. Just take the closing, 16-minute “Through the Cosmos II: The Arrival,” which ends up going into the cinematic with an absolutely stunning conclusion, and builds momentum along the way through heavy/melodic volleys. Another highlight is the more melodic “Luminous Beings,” which features some lush progressive riffing and accompanying saxophone courtesy of Jorgen Munkeby (not to mention a few operatic notes from Lennika Wright). If there’s one ever so slight negative, it’s that the programmed drums just don’t capture the same power as the rest of the near-impeccably executed instrumentation. It’s no fatal flaw, but it is the one thing holding back The Innumerable Stars from total metallic glory.

From out of nowhere comes a progressive/black/death release that can stand neck-and-neck with the big league players mentioned above. Downright epic in scope, and masterfully crafted and executed, Gage Love and Naeramarth is one act that you should get to know asap.

Naeramarth – Looking to the Stars