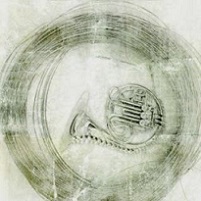 Math metal is forever going to keep chasing the tail of Dillinger Escape Plan. We know that already. Yet if the scene wants to have any success, there has to be some attempt at branching out, whether it’s through more shoe-gaze avenues or going the industrial pop route like Dillinger themselves. Considering the two options, San Francisco’s N.A.M.E. (which stands for New Approach For Martyrs Expressions) took both and ran with it on The Internet Killed the Radio Star and ran with it they did.

In terms of the math metal structure, N.A.M.E. don’t pelt anyone with a flurry of notes; rather they operate in frazzled, noisecore regions on “Killer Whales, Man” and the humorously titled “Dave Mustaine.” Sure, there’s a lot of what has already been done going on here, yet N.A.M.E. keep things interesting by adding melodic flourishes to their music, something that drives home the four-part “Emphatic Communicator” series. EMO territory is partially, if barely explored during these portions, although one has to say the melodies present are too strong to lambast with such a tag.

Additional passages of the shoe or metalgaze nature are unveiled during the gentle “Avaler l’ Ocean,” while a brief techno ditty pops up on “The Sycophant, the Saint, the Gamefox,” thus warranting those Dillinger-circa 2007 comparisons. The kitchen-sink approach is in full effect, obviously.

For a scene that is so accustomed to aping one another, N.A.M.E. has gotten off to a promising start, primarily because of their melodic tendancies. Bear in mind they don’t sound like your Johnny-Come-Lately mathcore band; this more disciplined, expansive metal of the math variety that is a few sticks of dynamite away from full detonation.