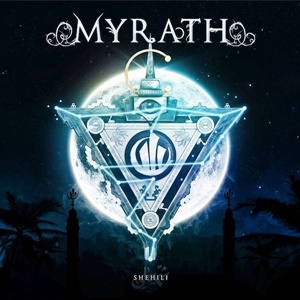 In today’s metal landscape, incorporating part of your native heritage can distinguish bands easier than ever – especially if you come from an unlikely country that doesn’t have as prevalent of a scene as say North America or Europe. Myrath from Tunisia (a country in the Maghreb region of North Africa) have been together since 2001, developing their interesting blend of folkloric native music and progressive metal- creating four previous albums that have made an indelible mark on the global landscape. Their fifth studio album Shehili continues a tradition of care and balance – using multiple studios in Tunasia, Germany and France plus three different producers on the mixing front to ensure the highest quality output through these twelve tracks.

Arabic and Asian folk music combine for the Tunasia folklore elements – adapt right out of the start in terms of the chants and rhythmic stomp for “Asl”. The rhythm section propels active engagement and a sense of immediacy, almost encouraging unison hand claps right out of the gate a la Orphaned Land or even 90’s period Sepultura/Soulfly during “You’ve Lost Yourself” and the lower-tuned groove dominate “Monster in My Closet” – the latter containing some slinky exotic musical/vocal melody combinations that are enchanting and mesmerizing. The first single “Dance” has already achieved a million-plus views on the video front – a sequel to “Believer” from the last album Legacy, the seductive chorus and buildups and atmospheric drops heightening anticipation for the next movement, be it keyboard runs or electric guitar-driven. Guitarist Malek Ben Arbia can shred like Malmsteen and Romeo, yet also show tasteful restraint a la Michael Schenker when need be (“Lili Twil” a dramatic example in the Dream Theater meets Savatage mold). As a singer Zaher Zorgati has all the tools that a progressive metal singer needs – passion, multi-octave strength, emotion – while adding that grit and outside the box ability that keeps Myrath unique and special. Think Russell Allen, Paul Shortino, and aspects of Kobi Farhi (Orphaned Land) when taking Zaher’s delivery in perspective – some of his best efforts coming up on the shape shifting “No Holding Back” plus orchestral/heavy tradeoff “Mersal”.

This sub-genre at this point has moved light years beyond the 90’s definition when Dream Theater, Fates Warning, and Queensrÿche were at the head of the class. Myrath keep the emphasis on stunning, uplifting melodic combinations and not necessarily technical/intricate prowess, making Shehili another must have for those who want to expand horizons and peer into Arabic/Asian/Tunasia folklore put into a progressive metal context. 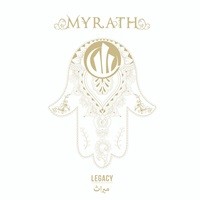