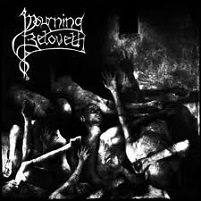 One of the pillars of the slo-mo doom style, Ireland’s Mourning Beloveth return with A New Disease For the Ages, a vast improvement over the inconsistent A Murderous Circus. Rife with prolonged, sobbing emotional passages, Mourning Beloveth relishes in repetition, as each of the five songs

Centered mainly around the winding guitar

harmonies duo Frank and Brian (no last names, apparently…), A New Disease For the Ages capitalizes on MB’s penchant for morose, monolithic numbers that maintain a slow-footed stampede.

Case in point, the overbearing opener “The Sickness,” which alternates between post-Sabbath destruction and early My Dying Bride jaunts through the darklands. The thick “Trace Decay” benefits from vocalist Darren’s throaty rasp, which burrows in those saucey riffs like a bear in the bush, while the absolutely devastating “Primeval Rush” churns out dicey melodic intervals as if they were being served for breakfast.

Now the direct line between the old guard (My Dying Bride) and new (The Prophecy), Mourning Beloveth have gotten themselves back on track with a sonically dense gut-check that forces the listener to check their emotions at the door, ‘cause once those spine-tingling riffs come a knockin’, it’s time to pay the piper – Mourning Beloveth are modern day doomsayers. 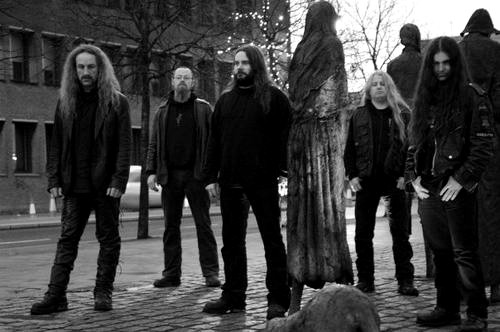